At the top of the Poelberg, at a glance of 300 m from De Mankemerrie *** is the Poelberg mill: the icon of the city of Tielt. The site is mentioned as a landmark on the website and in all city brochures. The Poelberg is in fact a witness hill, 46m above sea level. The mill itself was already protected in 1943 as a monument and included in the village scene – Surroundings of the Poelberg mill (1993).

The oldest known mention of the Poelberg mill dates from 1668. There is no definitive answer about the year of construction, but the current mill was probably built in 1726, one of the years found on the various mill components. The ‘Poelberghe Meulen’ is shown on the Ferraris map (1770-1778) and on the Philip Jan Lemaieur map from 1786.

The Poelberg mill has long been the property of the Mulle de Terschueren family *. He worked until around 1970. In 1980 he became the property of the city. Extensive restoration work followed from 1989. The mill is again grindable. If the miller is present (usually on Sunday afternoons), he is enthusiastic in all his glory and can be visited / climbed. 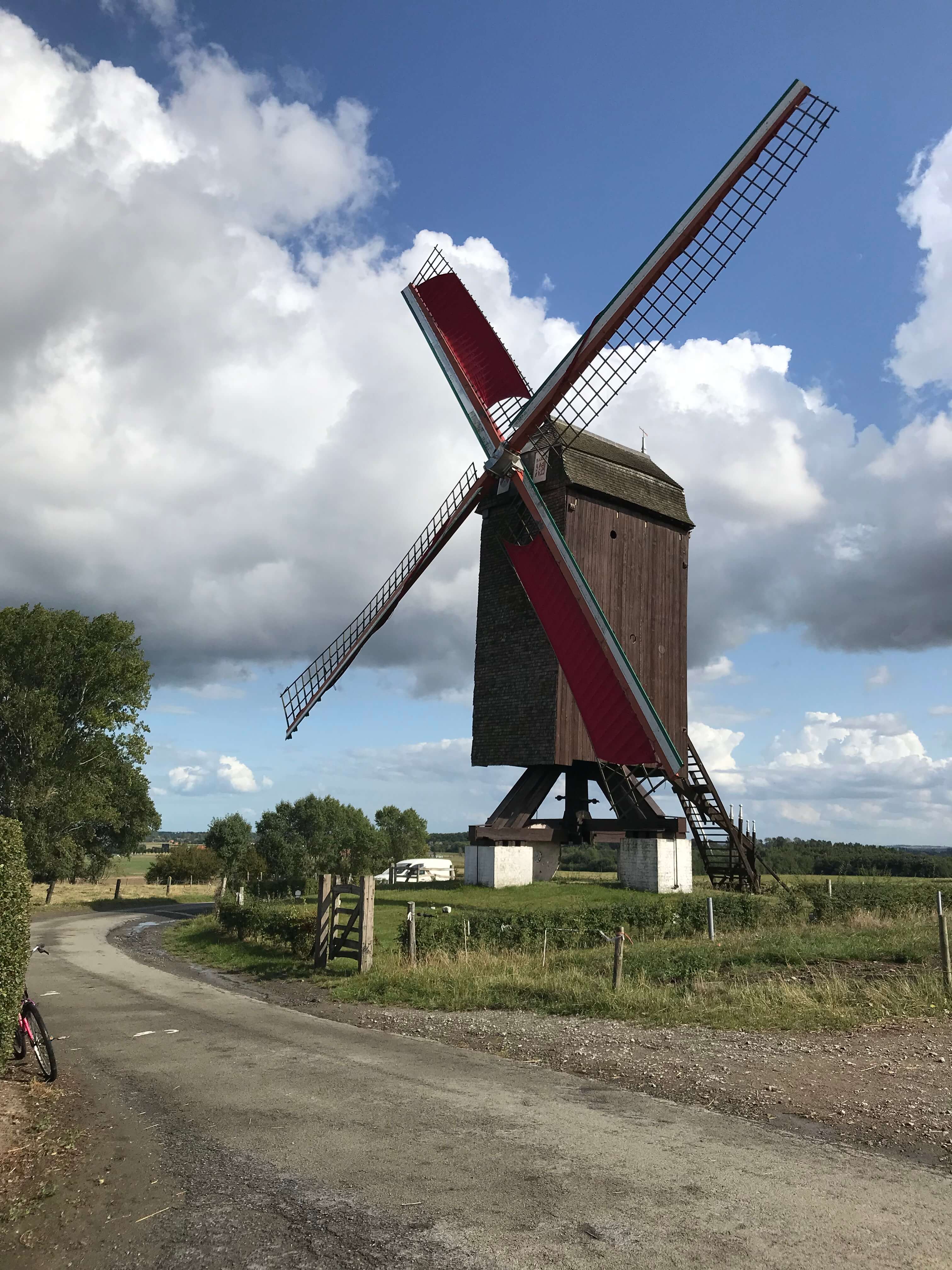